Waldo, On The Edge 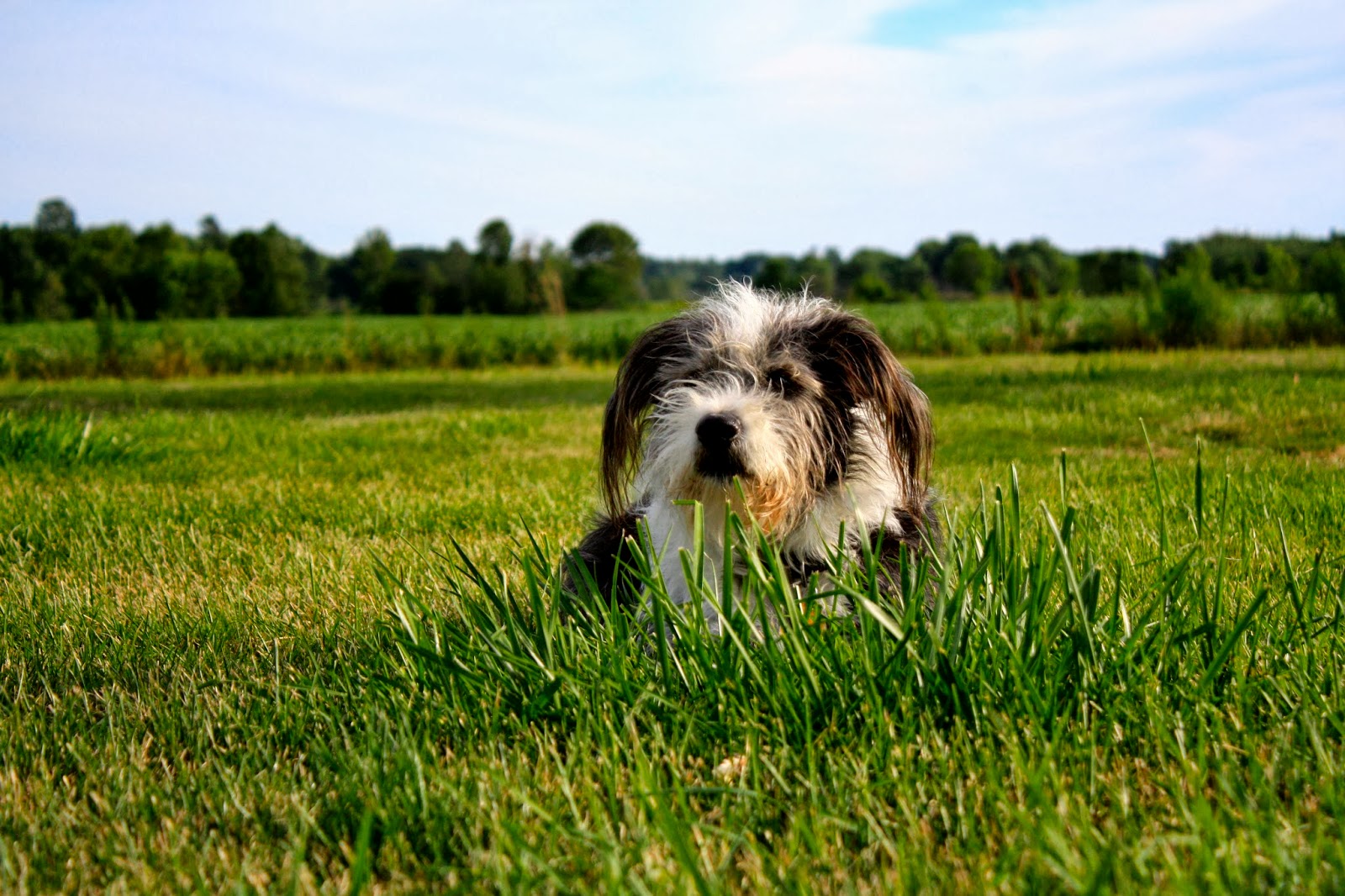 All the obvious signs were there.  Our dog, Waldo, was having a nervous breakdown.

He was shaking in periodic spasms.  He was cowering behind my husband George.  He was even following me into the bathroom, looking woefully up at me with worried eyes.

"Waldo, what is it with you?", I implored.  In response, he huddled up closer to my legs and tried to make himself look as small as possible.

The cause of his distress was a large Labrador-Dalmatian cross named Odin, a dog our son brought home for us to babysit while he was out of town for the day.

Odin is a handsome canine, blonde and strong, standing seven hands high and weighing close to 100 pounds.  His clear brown eyes bore holes through your soul with his one and only request -- "Pay attention to me!"  He is quiet, intelligent and polite -- quite likely the perfect dog for someone with a large home and a large property for him to run.

Waldo, as you may already know, is our lovable but feckless Tibetan terrier cross who bears the psychological and physical scars of being attacked early in life, and later being rescued from the pound by George's love of animals, especially dogs.  Waldo has a tough time with anxiety over a host of things -- other dogs, separation from us, crowds of people, and little children who want to poke him.

Waldo can be a meathead at times, but he can also be a cunning manipulator when the mood strikes him. He carries his 38 pound frame on nine inch legs.  To put it plainly, in the world of dogs, Waldo makes do as best he can.

Now, Odin and Waldo have met before this and have gotten along quite well, with Odin ignoring Waldo, and Waldo studiously dodging Odin.  But this time was different.  Waldo was clearly unstrung.

Usually, Waldo is able to discriminate between animals that belong in our house, and those that do not.  To his credit, he grudgingly accepts the former, and actively defends us against the latter.  This includes cats, squirrels, rabbits, chipmunks and random dogs he meets during walks on our street.  So his behaviour during Odin's visit was puzzling.

Until we realized that just the day before, on his regular twice daily stroll, Waldo was attacked by a big, blonde Collie-type dog who got away from his owner and dashed down the sidewalk after Waldo, snarling and leaping, teeth bared, snorting his rage at our poor little dog.  It took us a few minutes to corral Waldo and calm him down, while the other dog's owner rushed out of his garage to harness his dog.   No harm was done, except for Waldo's shattered nerves.

So I guess Odin was an unhappy reminder of constant danger lurking around every corner in Waldo's world, something he will quite likely never forget.

I just checked on him -- he's hiding in the bedroom.  Looks to me like he may need tranquilizers.

Jean Mottashed writes about the little moments often glimpsed in family life, and finding the joy in the ordinary.